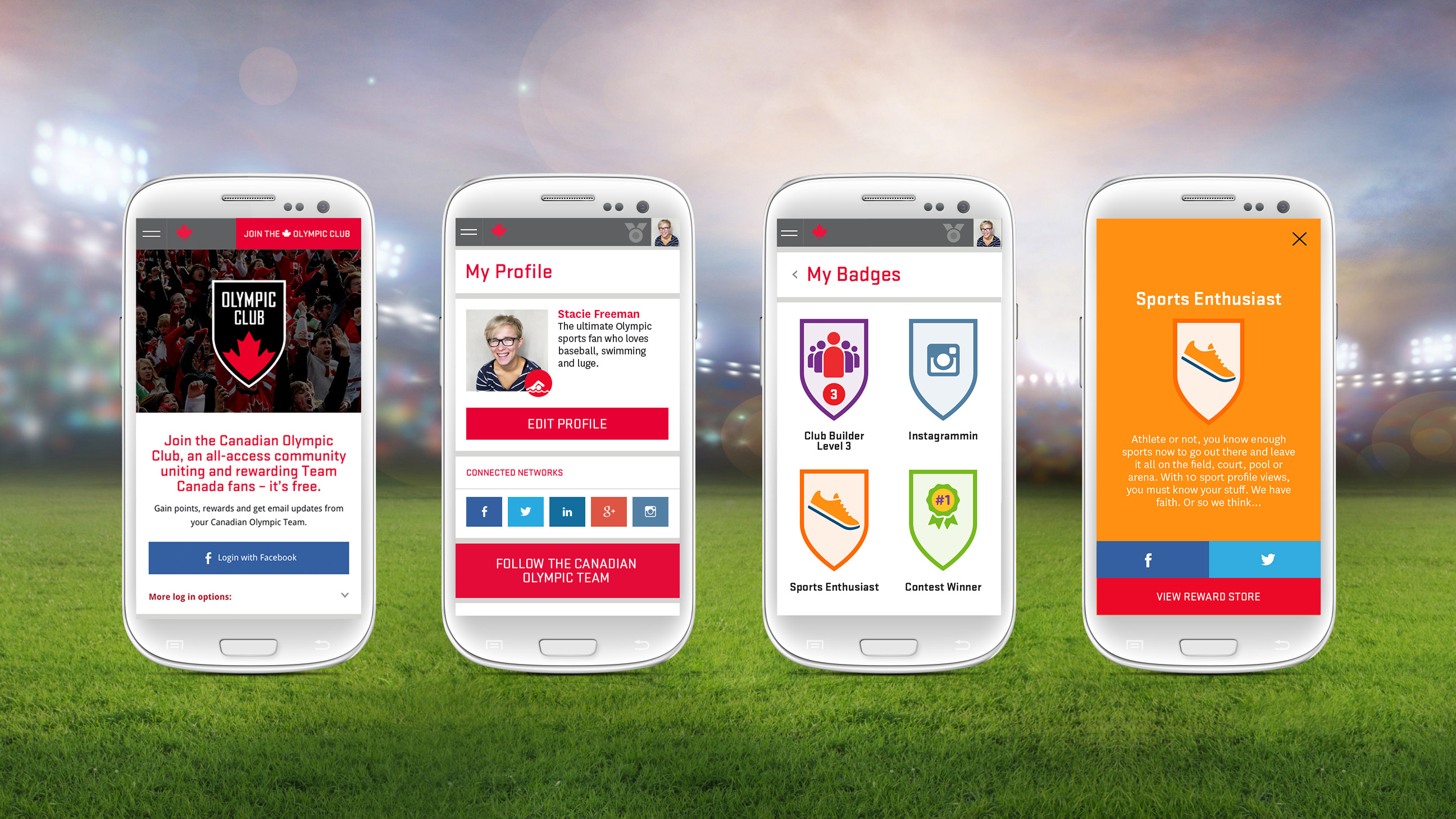 Within the club, fans can compete against each other for points based on online activities, and receive rewards ranging from virtual achievement badges, user status visuals, an activity feed and appearances on the network’s leaderboard, to physical prizes, digital downloads and experiential events. The platform reinforces fans’ positive behavior, and detailed reporting provides valuable insight into user metrics that allow us to continuously enhance its fan experience.

The combination of inside access, entertaining interactivity, and rewards creates a powerful driver for both loyalty and engagement—which in turn lead to new fan acquisition and increased social sharing.

WHAT’S IN IT FOR FANS?

Canadian Olympic Club is a next generation digital fan club – driven by social media and gamification. It’s the first of its kind for any national Olympic Team, and industry leading by any pro sport standard, featuring physical and social rewards, one-click contest entry, and exclusive content.

We created Olympic Club as a participation based reward system, where the more fans do, the more they receive. Olympic Club includes: